Population growth rates in the Regional District have fluctuated over the past 35 years during different census periods. These highs and lows are the result of a range factors including migration, aging as well as births and deaths. 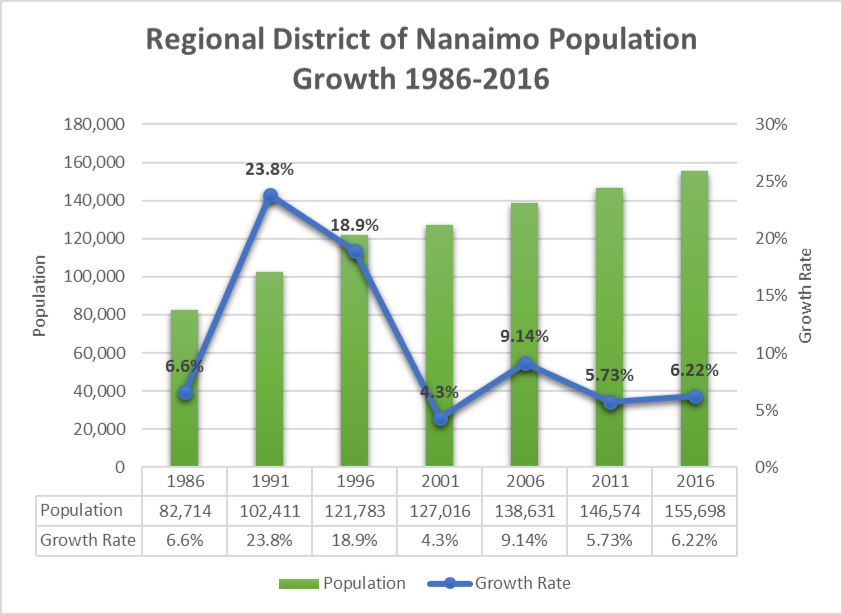 The study forecasts that the region will "grow at a slowing annual rate from roughly two percent today (2007) to just under one percent by 2036" compared to the three to five percent growth rates in previous decades. Since this study was done, the Regional District of Nanaimo has experienced lower growth than anticipated with 138,631 residents in the 2006 Census and 146,574 residents in 2011 compared to the predicted population of 158,767. Based on the forecast study and the 2011 Census results, it is anticipated that the Region's population will increase at a slower rate over the next two decades while at the same time growing older.

Additional Information about the Population of the Regional District of Nanaimo